Why A Good Voice Actor Never Blames The Script 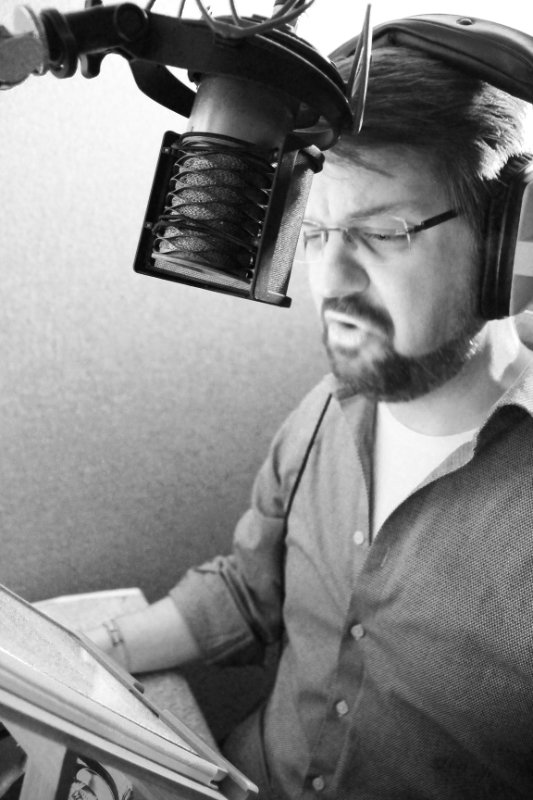 Training character voice actors for the recording booth is one of Flying Pickle’s core activities.

Part of our process is preparing a training character voice actor to deal with any kind of script. One thing we don’t deal in is excuses. How often have we heard:

The gaffer was distracting me!

I ate too much pasta at lunch!

I can’t do three things at once!

When things go wrong, we actors can be highly creative when looking to deflect the blame. It’s perhaps unsurprising that, in a profession that demands almost delusional levels of self-belief, actors are often unwilling to accept that maybe the problem with the performance is them.

This tendency to look for excuses is not limited to stage and screen either. Voice actors have occasionally been known to look elsewhere for explanations when they struggle to deliver.

And before you decide I’m having fun at my peers’ expense; please consider the story below:

A few years ago, a young voice actor was struggling with a challenging video games script. Try as he might he just couldn’t find a way into the character. As things got more embarrassing, he started instinctively looking for issues that could be the cause. And while there was a little voice in his head saying, “admit it mate, you’ve just run out of talent”, he couldn’t resist declaring the lack of a stand for his script as the reason he was so inhibited!

Troublesome inanimate objects aside, there is one excuse that I have always tried hard to avoid. It’s insidious and often grossly unfair. But even on the occasions that it isn’t, I believe this actor’s excuse to be one that is just inexcusable.

It wasn’t me it was the script

Blaming the script. I hear this excuse a lot. Only the other day I was on one of those marvellous Facebook forums for voice overs and I heard a fellow audiobook narrator say:

It must be easy for you, having the pick of the good titles. Those of us who have to narrate the badly written stuff have to really struggle.

This statement got me thinking about the fundamental point of the actor’s job. They get given a script, usually receive a little direction and then we have to make it work! However, tongue twisting or nonsensical the dialogue they have to find some truth. They have to interpret and then convey the intentions of the writer.

Sometimes it’s joyously easy, sometimes not. But an actor isn’t paid to find fault in the writing and hide behind that fault. They’re paid to communicate all the emotions and ideas that are swirling around the authors mind. And they’re paid to do it well…

In an audiobook, for example, it’s the narrators voice that people hear, and that voice becomes entwined with the writers. If the narrator does a shoddy job, I doubt many listeners will sagely observe:

“It was terrible, but I could tell that it wasn’t the narrator’s fault. The script was clearly awful.”

We pop-culture nuts love to recall how Harrison Ford told George Lucas off for his crappy dialogue on the set of Star Wars. As fun as this is, we should also remember how much the actors in that film made the script work. When Sir Alec Guinness was faced with having to say:

I felt a great disturbance in the force. As though millions of voices suddenly cried out in terror and were suddenly silenced. I fear something terrible has happened.

I’m sure he didn’t throw a tantrum and storm off the set to the nearest pub so he could complain about Lucas’ clunky dialogue. Of course he didn’t! He did what a great actor does. He made even the thinnest text sound like Shakespeare.

A training character voice actor must learn to make the text work. To find meaning, humour, profundity, and humanity in the words they speak. Any actor who bitches about their text should take a long hard look at themselves. Because, to paraphrase Harrison Ford:

They can type this shit, but they’re never going to have to say it.

But you do! The author doesn’t need to move their mouth when they type. But the job of the actor is to bring the words to life. So, work hard at your art, do a good job and never make excuses.

At Flying Pickle our approach to character creation can help you to approach even the most challenging scripts with confidence and creativity. Contact us using the button below and find out how we can help you today.

Contact Flying Pickle
Previous
The Agony and Ecstasy of Directing Yourself for Audiobooks
Next
A Pro Voice Actor’s Discipline is more important than their Motivation
Back to all Blogs
Menu
By using this site you agree to our terms of use, privacy policy and use of cookies on your device, so we can improve our service and tailor our marketing.
Ok