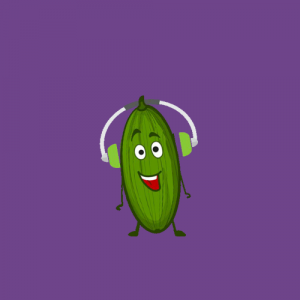 How Audiobooks are Made – Part Two: Into the Booth

My name is Sam Devereaux and I’m the co-founder of Flying Pickle. I’m also a Voice Actor and I have been recording audiobooks for over 7 years. During this time, I have completed more than 80 titles of differing lengths and genres. This blog is the second of 3 parts in which I explain the process of making an audiobook. You may find that recording audiobooks is more exotic than you think.

Hopefully these insights prove interesting as well as entertaining. Last week I delved into the casting and preparation process. This week we will have a look at the main part of the audiobook creation process: the recording sessions in the booth.

It’s no secret that recording audiobook narrations is very hard on your voice. The collection of muscles, tissue and joints that allow you to speak is called the vocal tract.  It comprises the lips, teeth, upper gum ridge, tongue, hard palate, soft palate, pharynx, larynx and the vocal cords (or folds) themselves. Your jaw is also essential to controlling your voice even if it’s not actually part of the vocal tract. If any of these elements of the vocal tract are used incorrectly you can damage your voice.

As audiobook narrators we must use our voices with unusual care. This is because the sheer amount of time we spend narrating can exacerbate even minor technical issues. This leads us to the first part of any serious narrators working day…

A good audiobook narrator should have been trained to use their voice correctly. I personally spent three years at Arts Educational Schools, London to learn my craft. My daily warm up is a way to reconnect mind and body with those well-taught lesson from Drama School. All audiobook narrators are vocal athletes. It is therefore essential that we prepare our voices for recording as a footballer or tennis player would prepare for a match.

Many performers will have a set routine that they follow with variations at least four times a week. My own warm-up can last anywhere from 15-45 minutes depending on how my voice is feeling and how demanding the day’s recording is likely to be.

I always begin with my body. The voice is inextricably linked to the body. Years of experience has taught me that a stiff or badly prepared body will be quite audible in the voice that it produces. The key muscle areas are the shoulders and the neck. The shoulders because they can easily become tense and constrict the voice. The neck because its musculature is essential to supporting the voice, particularly the large muscles on the sides of your neck below the ears.

So, shoulder rolls, gentle neck stretching and bending over the stretch the spine are a daily routine. I also give my jaw joint a bit of a massage.

Anyone who tells you simply need to relax when you perform voice over knows very little about how the voice works. Excessive tension or stiffness in muscles is to be avoided of course. But there needs to be tautness in the vocal tract, a dynamic tension if you will, to ensure everything is supported correctly. After all, a simple way for a boxer to break their arm would be to relax it when throwing a punch!

Over the years I have discovered two simple techniques to warm up the larynx area (your Adam’s Apple) without hurting yourself. The first is to gently hum on an ‘ng’ sound. As you do this you make your voice go gently up and down in pitch. There’s no need to be loud, just imagine stroking the sound out of the voice. The other is rolling your lips as you blow gently out. You can do this silently or with sound. The most important thing is to be gentle and wake everything up gradually.

Now that voice and body are nicely warmed up, we can move on to the main business of the day…

Assuming the narrator has prepared the read properly it’s now a case of bringing the story to life for the unseen audience. In my own case, as a theatre actor, narrating audiobooks took some getting used to. For years I had come to rely on the audience’s participation in my performance. Subtle and overt cues from them. Laughter, palpable tension, the sensation of rapt attention. These all serve as cues to the theatre actor. The electric interplay between performer and audience might be mostly unseen but it is the energy that powers every great performance.

So, how on earth does an audiobook narrator make that connection with an audience who may not even hear their performance until years after the narrator gave it? On a film set, the actor has co-stars, directors, and crews to give them a semblance of that same human connection forged in the theatre. The home studio recording audiobook narrator has…nothing but themselves.

This is a mighty challenge and almost nobody is consistently brilliant at it at first. Finding this ability to create a compelling narration all by yourself is one reason why preparation is so vital. You simply must know what you and the author are trying to say. Go in blind, with no audience and no director, and a bumpy uninspiring mess will surely follow. Worse, you could end up in the audiobook narrator’s graveyard: a town called Monotonous.

At its best audiobook narration is like a solo theatre show with just your voice. With that in mind, I always pay special attention to my character voices. I go into enormous detail finding a unique sound for each person in the story. The reason is simple, I need to be able to find that voice immediately to keep the narration alive and flowing. There’s nothing worse for a listener than losing track of who’s talking!

I’m often asked how I record character voices. The assumption is often put to me that I must record each character separately and edit them together with the narration later. The answer to that assumption is: no, I do it all live. In an ideal world an audiobook should be one continuous take. Mistakes do happen of course. But we narrators and our editors have clever ways to hide the cuts and give the audience the feeling of continuous storytelling (more about that in part three!)

Another frequent question is how long it takes to record an audiobook. The amount of the finished recording produced by a narrator will vary according to their approach and stamina. When I first started in 2014 getting 20 minutes on tape in an afternoon was a struggle.

Nowadays I can produce up to 2.5 hours a day of finished recording if necessary. That can take anything up to 4 hours in the booth to accomplish. So that means an 80,000 word, 8-hour audiobook will take about 2 days to prep and 5-8, 4-hour recording days to complete.

Every narrator will have different goals but however much you record, it’s very important not to get too tired vocally. The reason for that is simple: quality. There’s no point in recording 4 hours of narration in a single session if everything after 2.5 hours is tired and uninspired. Part of the art of recording audiobooks is a narrator understanding their own vocal stamina and maximising their output around what they can do well consistently.

The recording itself is only the middle part of this process, however. After the narration is complete it must be proofed, edited, and mastered. And trust me, this is an indispensable part of the process if you want a professional sounding end product!