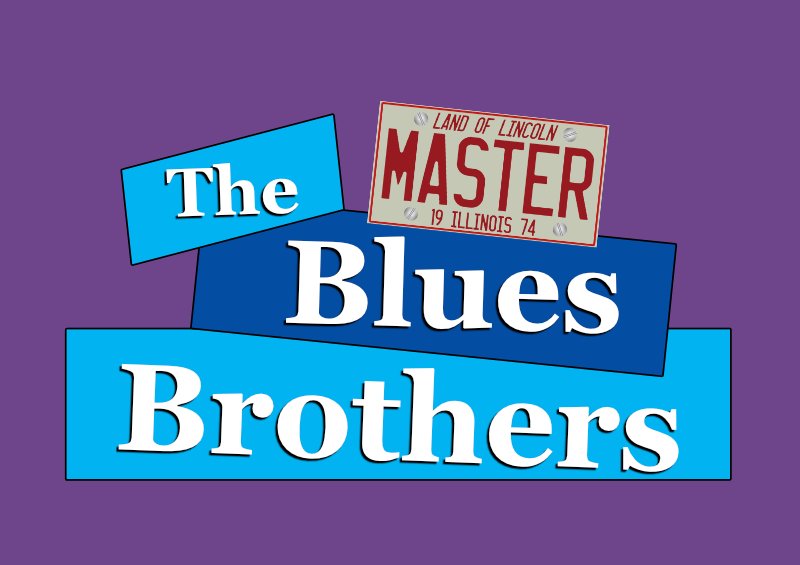 The story of the The Master Blues Brothers begins in autumn 2004. Singer Jim Devereaux came to his actor brother Sam with a proposition. Jim had a booking at Brighton’s Joogleberry Playhouse (now Latest Music Bar) for a revue devoted to the music of The Blues Brothers. He needed someone who could sing and play the harmonica to portray Elwood J. Blues. Was Sam interested?

Jim is known better to audiences today as JD King, the internationally successful Elvis Tribute Artist. Sam is Flying Pickle’s head of studio but in late 2004 he was preparing for a national tour as Macbeth.

After 4 weeks of intensive rehearsal, on January 1st 2005, The Master Blues Brothers was officially born in front of a sold out New Years Day crowd. But what started out as an intriguing one off quickly grew to hundreds of performances all over the UK. From Brighton’s Palace Pier to the shores of Scotland’s Loch Ness, Jim and Sam had a wild ride. 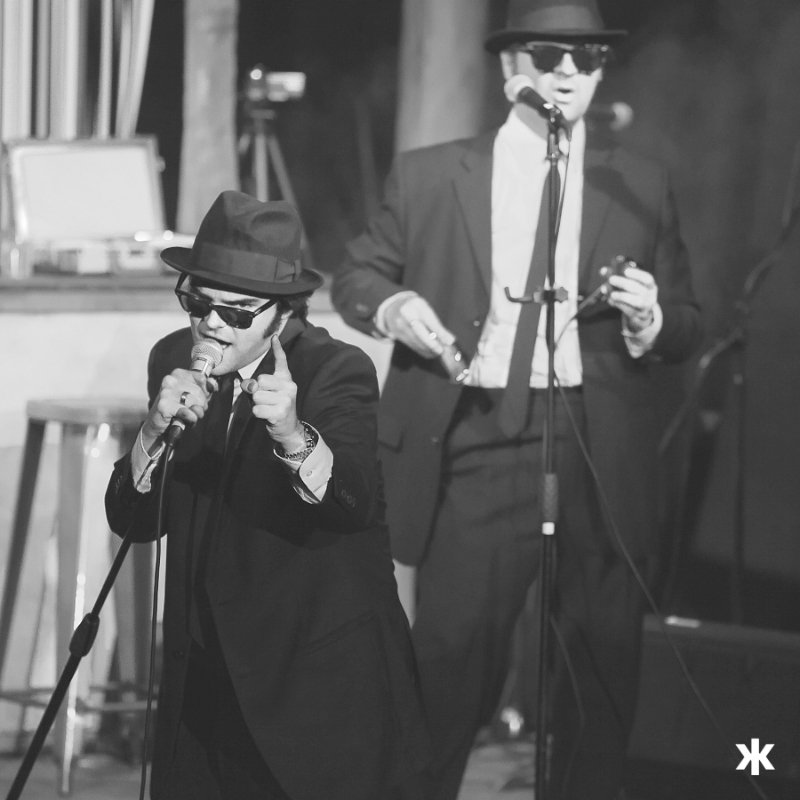 Listen to The Master Blues Brothers

The Master Blues Brothers On Tour

The Master Blues Brothers was formed in 2005 and has been consistently praised for its authenticity and high energy. With songs including such classics as Soul Man, Everybody Needs Somebody and Minnie the Moocher this revue is packed with manic energy and tongues firmly in cheeks. WhatsOnStage Feature, May 24 2012 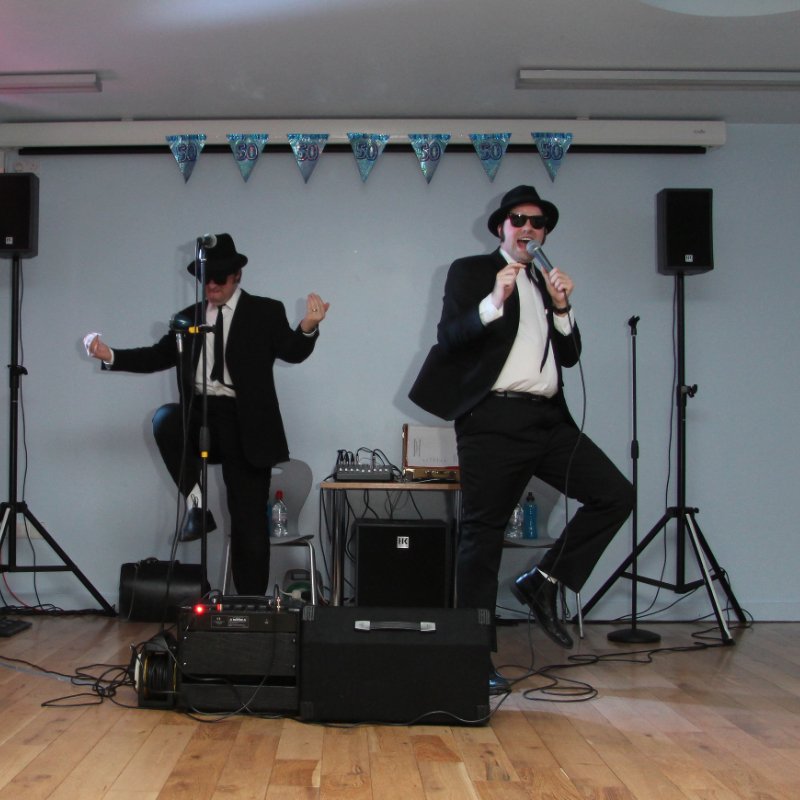 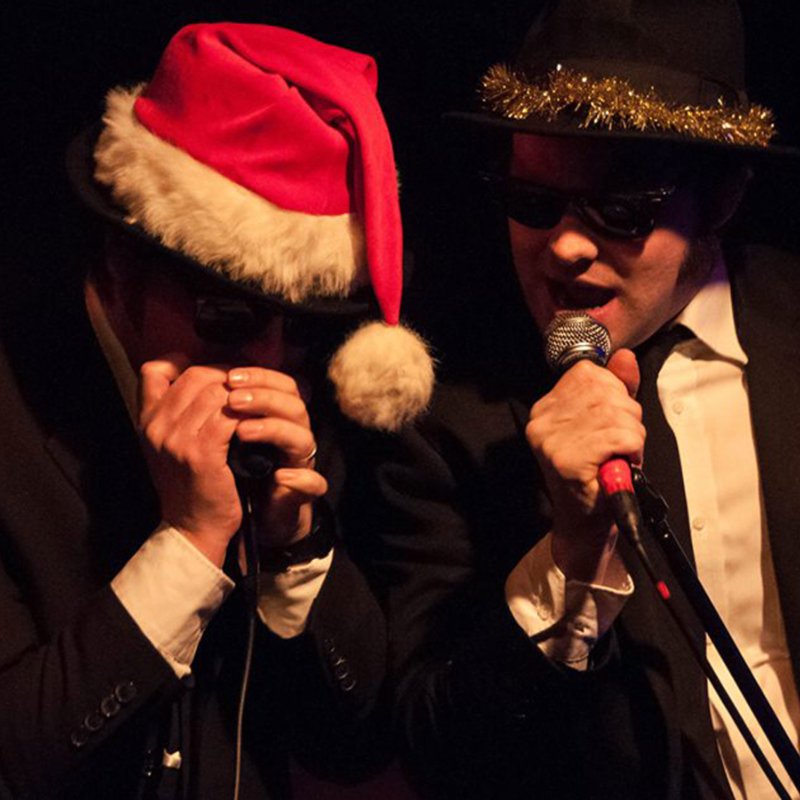 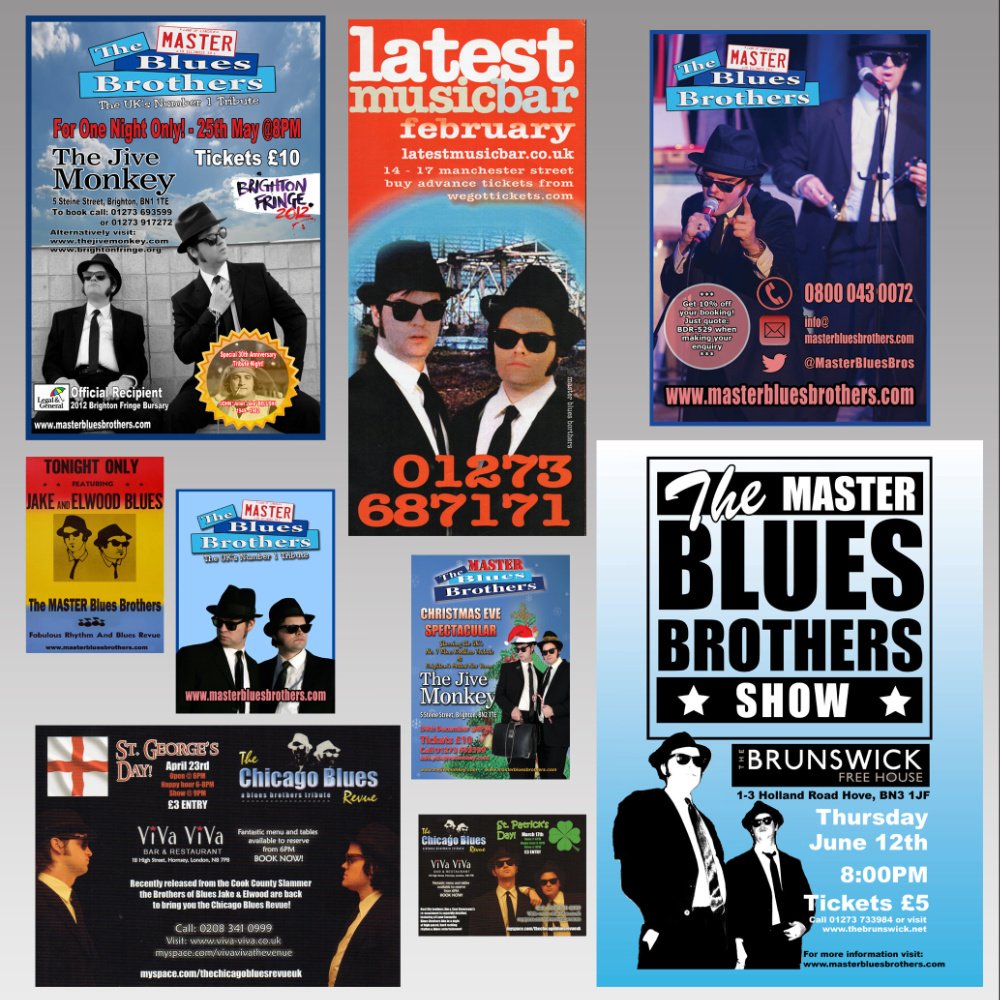 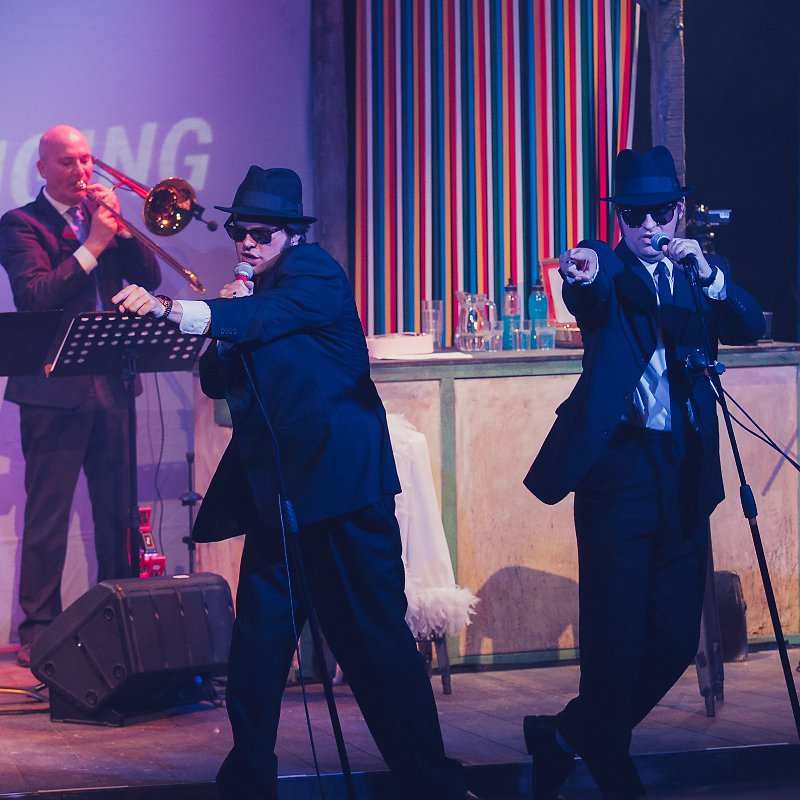 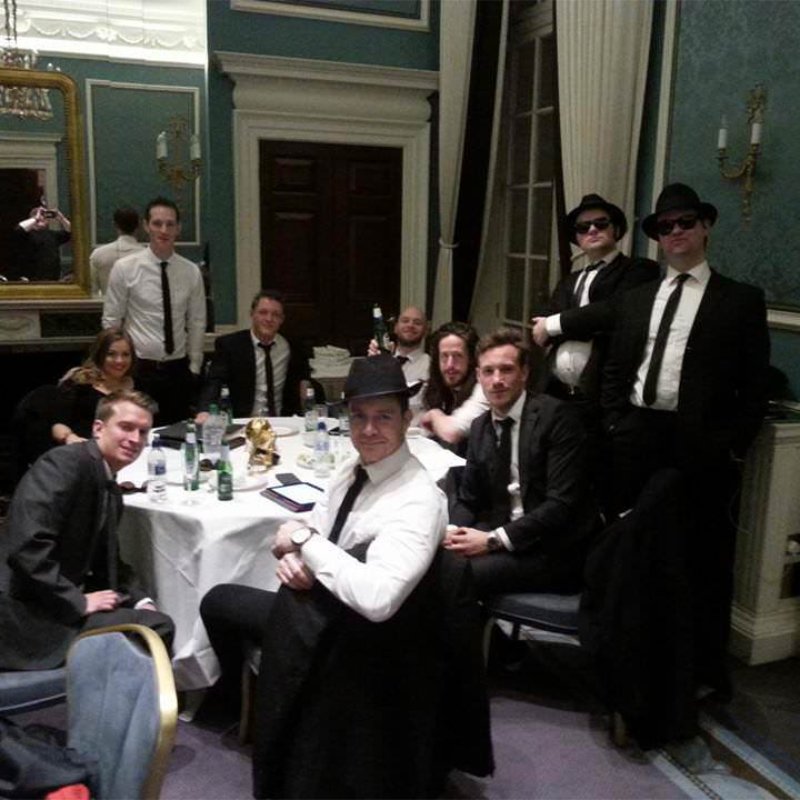 Watch A History of The Master Blues Brothers

But by 2015, both Sam and Jim were aware that pouring their heart into the show for so long had started to exact a physical toll. Not wanting to end up as another middle aged low-power tribute act they decided that their big Christmas party in Mansfield would be the last time.

Arriving in the Blues Mobile they gave 500 people everything they had left for 60 sweat-soaked minutes. Then, as The Devotions played I Can’t Turn You Loose one more time they got back into that 1974 Dodge Sedan and rode off into a winter sunset. Jim remade himself as JD King and Sam opened Flying Pickle Studio. But a decade of being real brothers of blues would never be forgotten. 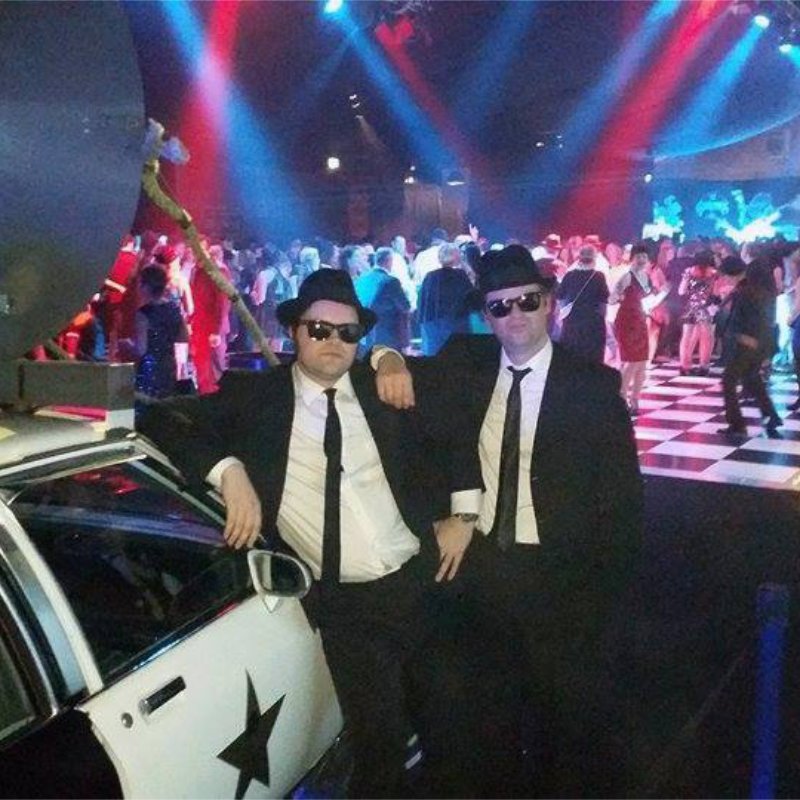 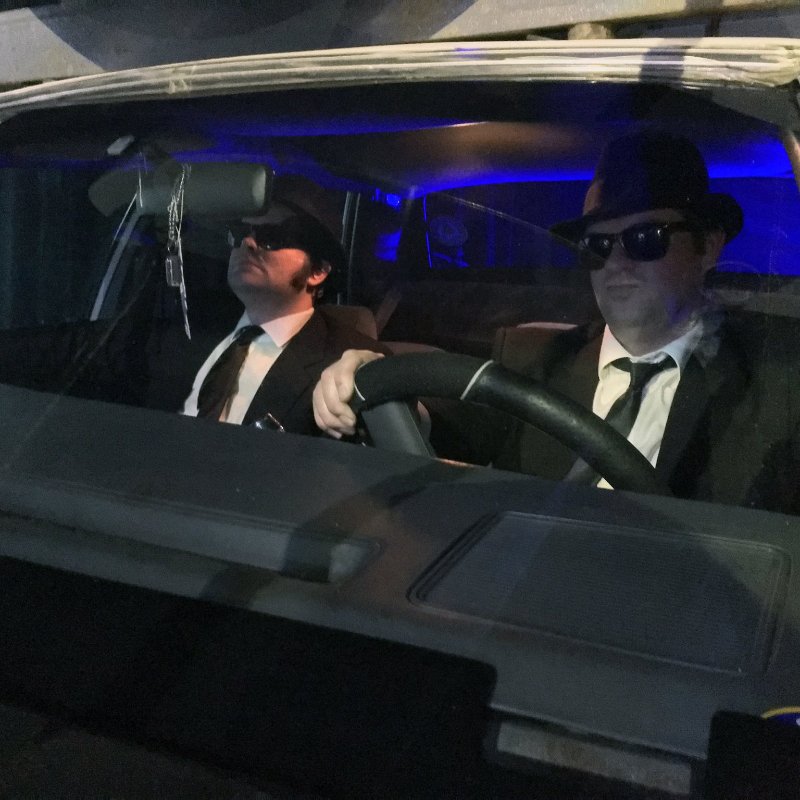