Come see our work in action

Flying Pickle Performing Arts was born in the theatre!

Sam and Georgie and Jon and Julia and pretty much everyone who works with Flying Pickle has a connection to the theatre. The theatre and our love for it is why we created Flying Pickle.

It’s true that Flying Pickle’s core mission is to help support professional voice actors as well as students and members of the SEN community. But that doesn’t mean we stopped making theatre. The difference is now we mostly put on shows to support the charities that matter to us. And because it has to be done!

Here you can check out how and where you can see our next production. Also you can find out about some of our past productions and the brilliant artists and theatre companies we have collaborated with. So dive in and let us entertain you. 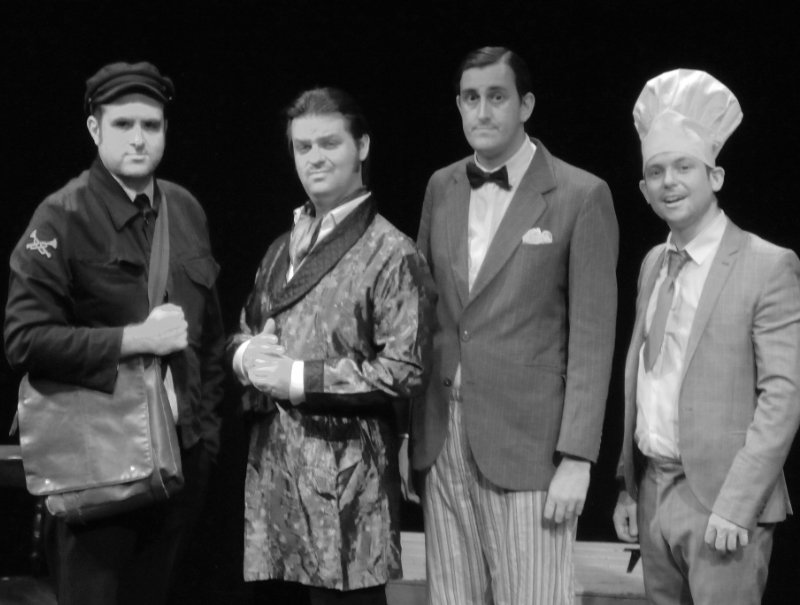 A CHRISTMAS CAROL by Charles Dickens

This special one man show version fo the Christmas classic is presented in support of 21&Co and Down Syndrome Association. The venue is the stunning Grade II listed Victorian Normansfield Theatre in Teddington. Our 2022 production is opening on Saturday 17th December for two performances at 3PM and 8PM.

Find out more about the production and book your tickets using the buttons below.

more about A Christmas Carol

21&Co is a small local charity supporting about 250 families who have children with Down’s syndrome. We are so grateful to Sam Devereaux for putting on such a fantastic event for the benefit of our charity. It means so much to us and those we support. Not only will the fundraising help us continue offering our services, but the event will also raise awareness of our charity, Down’s Syndrome, and the wonderful children we support, which is invaluable. – Tatty Bowman, 21&Co Co-Chair

The beautiful and haunting poster image of the Ghost of Christmas Past was created by Flying Pickle’s resident fine artist Julia Kerrison. 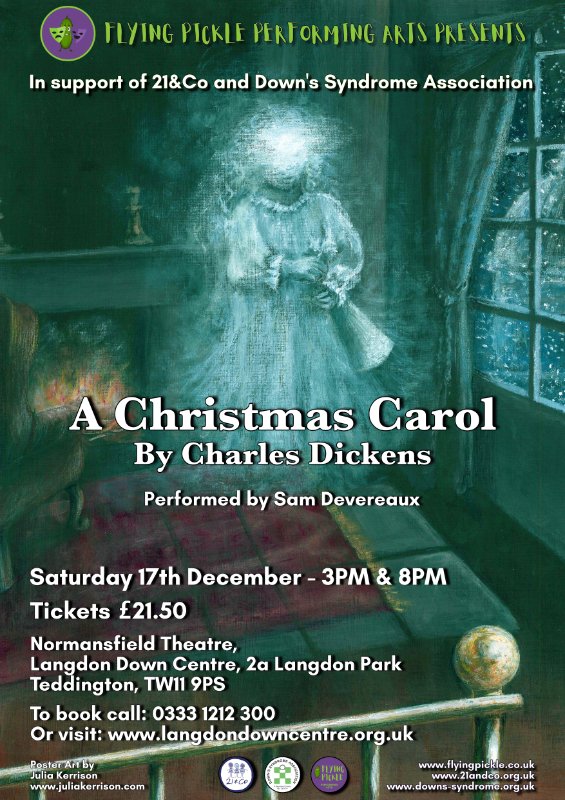 GOOD TIME CHARLIE’S GOT THE BLUES by Sam Devereaux

Sam’s one man show about the damaging effects of fame was a critically acclaimed part of the Brighton and Camden Fringe Festivals. Written while Sam was at drama school and directed by Ewa Kolodziejska. Sam was nominated for Best Male Performer at the Latest 7 Awards.

Sam’s costume in the show was created by Flying Pickle’s own Julia. While Georgie designed the production and also contributed a voice over performance to the show.

Devereaux’s monologue is a masterpiece, both as a playwright and an actor.  In a skilfully-written script, the singer’s solitary rambling never seems contrived, and his bittersweet back-story emerges as naturally as if we’d seen the other characters appear in the room. Richard Stamp, Fringe Guru 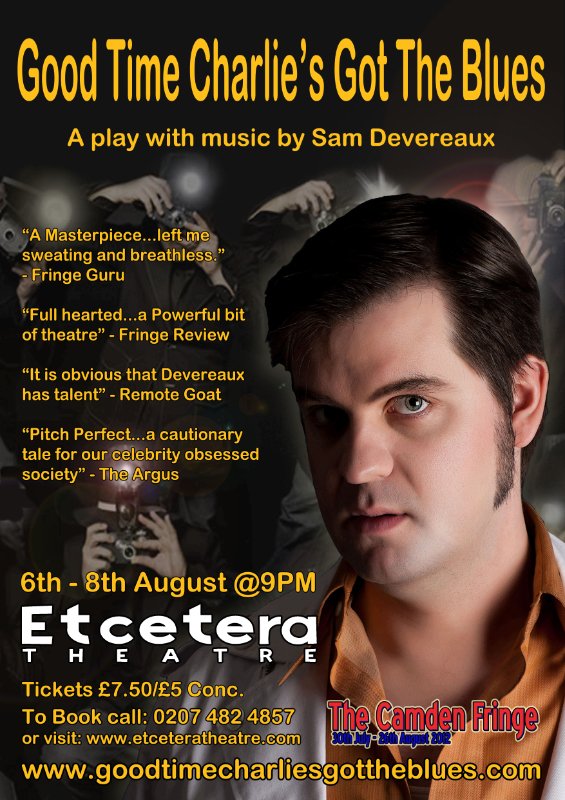 OUT AT SEA By Slawomir Mrozek

Slawomir Mrozek’s darkly comedic one-act play examines how three castaways attempt to decide how one will be cannibalised to save the other two. The three castaways, known only as: Fat, Medium and Thin, try democracy, coercion and, as their situation becomes more desperate, outright tyranny.

The acting of all the members of the group was very good. Devereaux commanded the stage with real presence and excellent comic timing, allowing many subtle nuances of performance into a very entertaining character. Sedgwick, was also excellently comedic whilst contrasting this nicely with moments of real pathos and meaning. Jon Palmer was particularly amusing in his comedy cameos. Adam Moulder, Broadway Baby 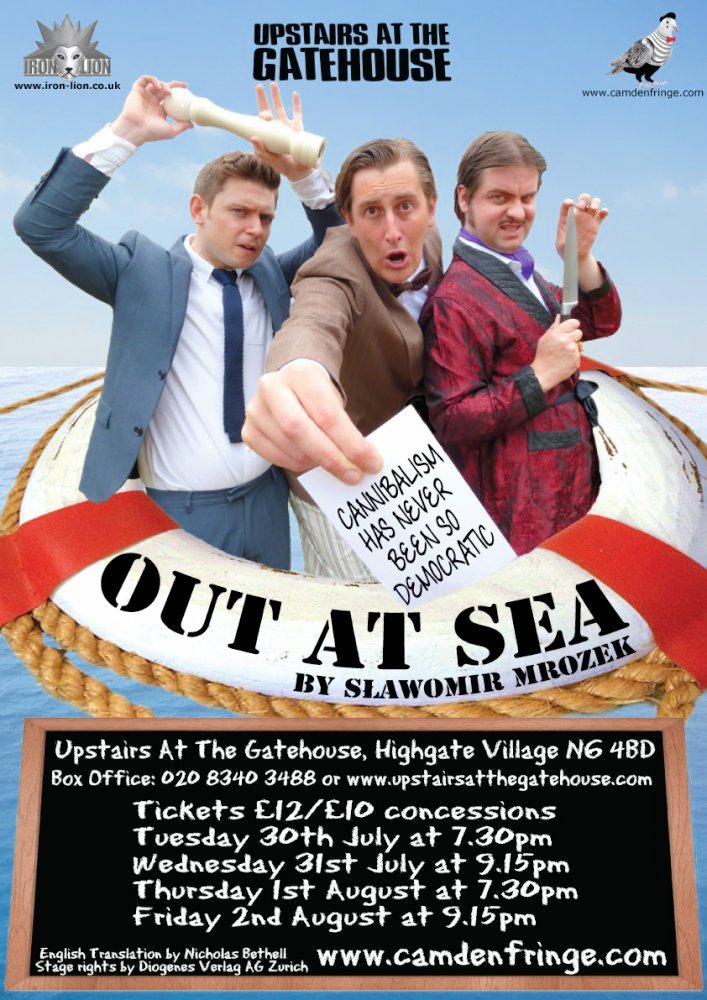 For 11 years Sam and his real life brother Jim (aka JD King) toured the UK as Jake and Elwood, The Blues Brothers. Their real life relationship gave the show a unique energy. Across hundreds of performances they played in every conceivable type of venue from the RAC on Piccadilly to Sussex County Cricket Ground to an 18th century bakery in Portchester.

Sam’s deft skills with the harmonica and Jim’s prodigious singing ability gave the show real musical depth. Frequently backed by soul band, The Devotions, The Master Blues Brothers was high octane fun and a theatrical experience of a lifetime for two real-life brothers of blues.

The Master Blues Brothers was formed in 2005 and has been consistently praised for its authenticity and high energy. With songs including such classics as Soul Man, Everybody Needs Somebody and Minnie the Moocher this revue is packed with manic energy and tongues firmly in cheeks. WhatsOnStage Feature

Find out more about The Master Blues Brothers by clicking the button below.

more about The Master Blues Brothers 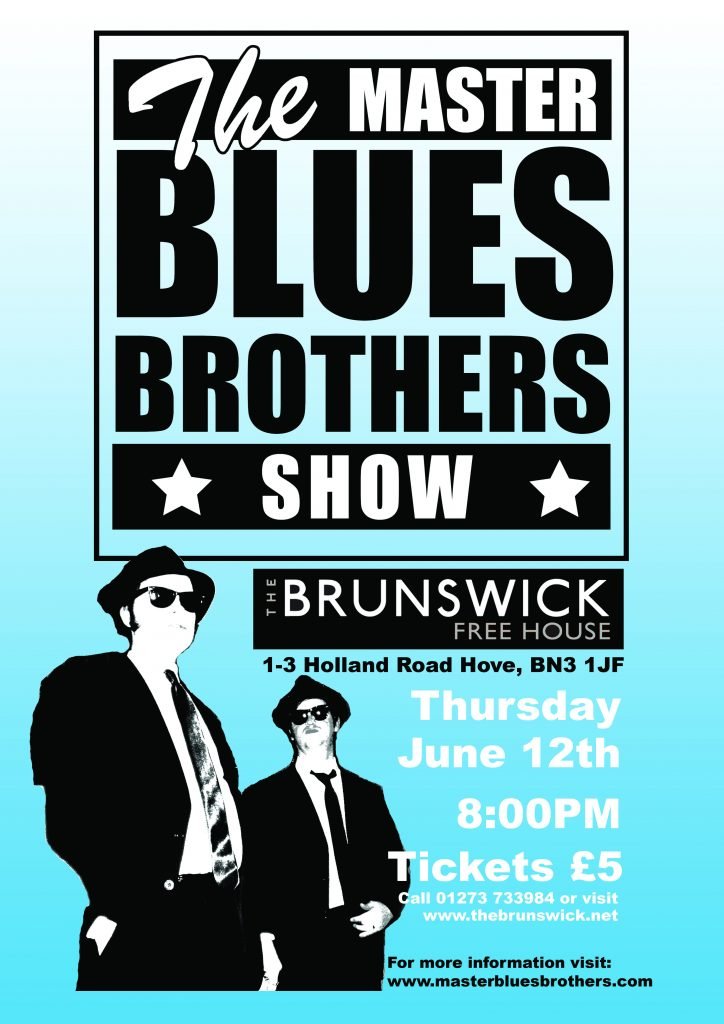 Find out more about our upcoming productions and how you can book tickets by clicking on the button. 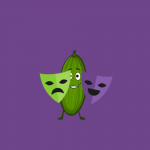